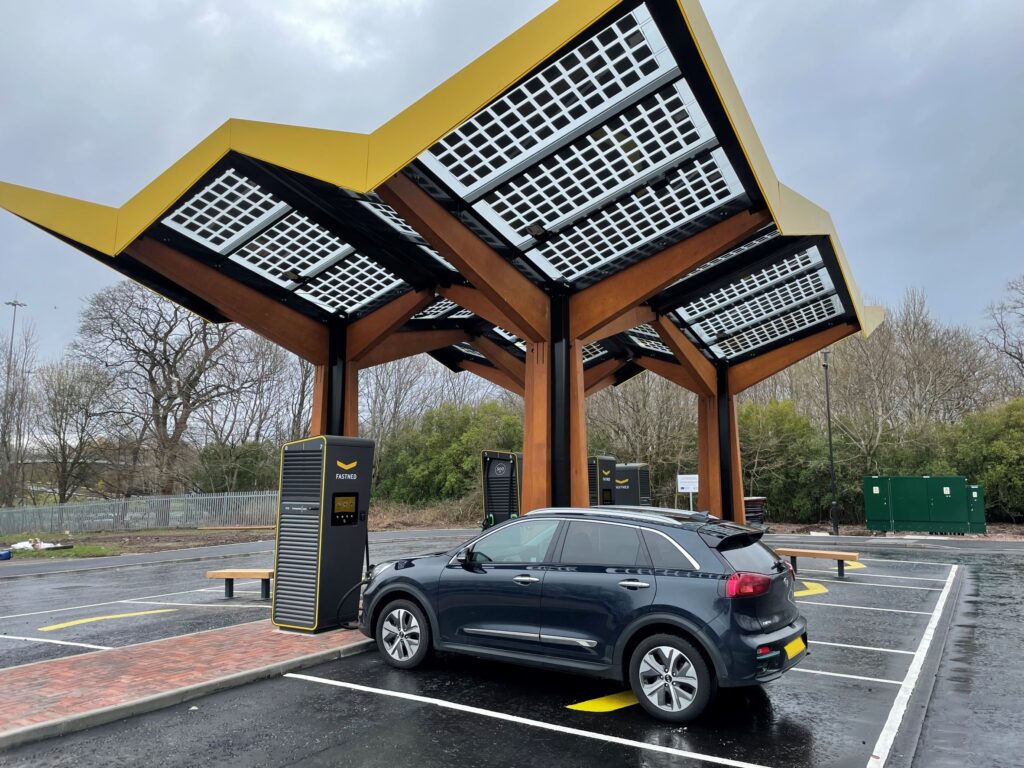 What do you think of the UK public charging network in general?

On the whole I’ve been pleasantly surprised by it. However, because my wife and I are both retired we can generally choose when we travel, so rarely travel at peak times. >90% of our charging is done at home but we’ve travelled throughout Scotland, our home country, though not to the far north and in general have used CPS and Pod Point chargers.

To date, I’ve only been forced to seek an alternative charger, twice as a result of the failure of my chosen unit. We have also travelled down to Manchester, Lancashire and North Yorkshire. On these trips we’ve used:

Of those, we’ve only had issues with Ecotricity and Geniepoint chargers.

What and where are your favourite UK public chargers?

The new Gridserve units I’ve used have always worked flawlessly. As have the IONITY, InstaVolt, Pod Point and Fastned units. I don’t tend to search out cheaper chargers while on longer journeys, I’m more interested in availability and reliability at the moment. This may change as the public charging network improves but given that most of my charging is done at home I’m happy to pay more when out and about.

I recently discovered the new FastNed charging hub at Hamilton Palace Retail Park near Glasgow and was very impressed by it, especially their ‘autocharge’ option. It seems pretty much like the Tesla system. Once you’ve set up an account and registered a payment method, you just need to park, plug-in and sit back while the car charges and in my case watch an episode of Black Adder on the infotainment screen. 😁

After the first charge, for which you need to use the app, the whole process is automatic. Plug in, the car and charger communicate with one another and presumably Fastned and charging starts. No cards or anything else needed. Brilliant, just as it should be.

What’s been your best experience with a UK public charger?

Using the Fastned autocharge system was a revelation and hopefully a view into the future. All my Gridserve charges, mostly at services on the M74 and M6 have been good experiences. I’ve never had any problems with either IONITY or InstaVolt chargers. I’ve used these in Southern Scotland and Northern England.

The BE.EV chargers I’ve used have been in Manchester, where they seem to predominate and I have not had any problems using them either; I have a BE.EV RFID card for these. The main issue with charging in that area is that there are no charging hubs as such, just individual or pairs of chargers. Therefore availability could occasionally be an issue but this is obviously a matter of luck and good timing.

It’s worth mentioning that I carry a wide range of RFID cards in my car which so far have been sufficient to cover any of the chargers I’ve so far encountered.

What’s been your worst experience with a UK public charger?

I haven’t had any bad experiences, I’ve always managed to either get a charge quite easily or been able to find an alternative charger nearby. On just one occasion I tried to use a Geniepoint charger situated in a Morrison’s car park which I couldn’t get to work, even though I was using a Geniepoint RFID card.

When I contacted the support people they apologised and said that that particular charger had been faulty for a few days and they were awaiting a technician to fix it. A short trip to a nearby BE.EV charger was the only inconvenience involved. It was actually the first time I’d used a BE.EV charger and it turned out to be considerably cheaper; a result!

What’s got to change about public charging in the UK to get more people driving electric cars?

There needs to be more of the right chargers in the right places. On main trunk routes and service stops there has to be large numbers of rapid/ultra-rapid charging hubs. These should be time limited however and incur overstay charges. Long and medium time stay car parks (>2 hour) need large numbers of AC destination chargers (>7-22kWh).

Free chargers should be banned to prevent their use by people who could charge at home but use free chargers instead. Supermarkets are a classic example of where this happens. Free Tesco chargers being used by local residents rather than charging at home. Public charging shouldn’t be subsidised, EV owners should pay a fair amount for electricity, even if the fee just covers costs. ‘ICEing’ of chargers should incur a fine as should parking at a charger without charging.