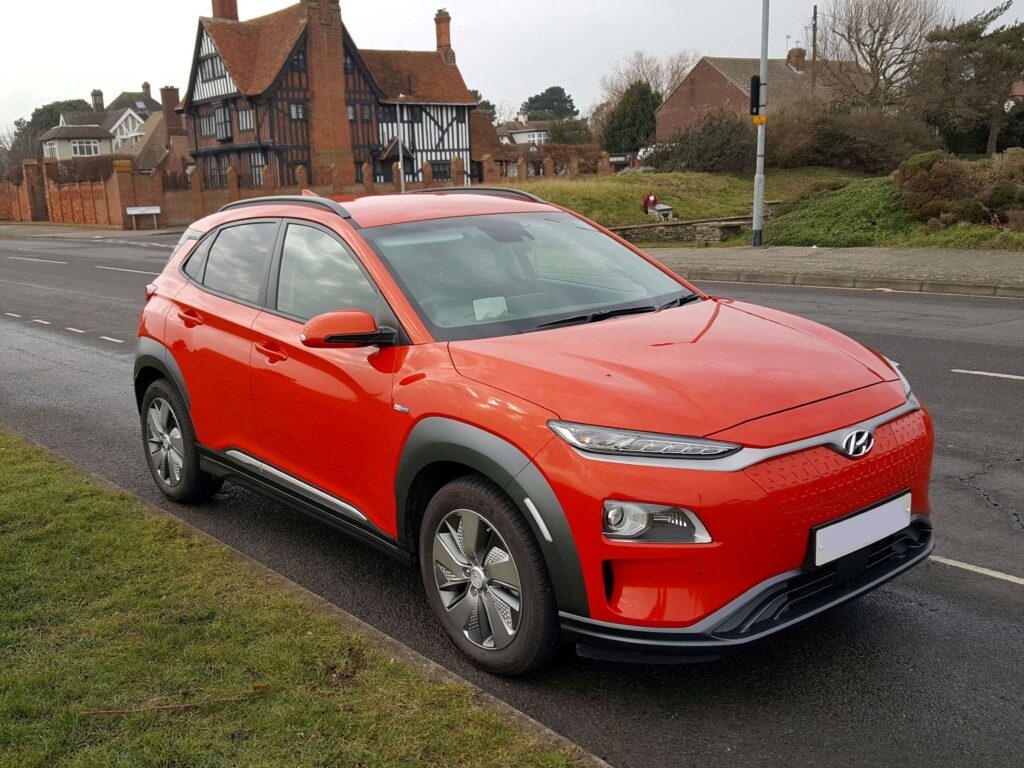 Why did you choose the Hyundai Kona Electric?

When I initially looked at EVs, there were few to choose from. I drove all that were available in the course of my job (car auction) and found them interesting but not desirable. However, as soon as I saw the Hyundai Kona EV advert I was hooked, it was streets ahead of anything previously available, (except Tesla of course, which were prohibitively expensive).

Personal circumstances changed and I was able to buy the Kona. With the enthusiastic reviews and experience of a YouTuber ‘EV Puzzle’, I bought it online direct from Hyundai, no test drive, hadn’t even seen one in the ‘flesh’, mad I know.

When I did get it, I was not disappointed and I’ve had a smile one my face ever since. I admit that I’m not an eco warrior, that wasn’t my motivation, I’m a gadget freak and the Kona has plenty of them and is just great to own and drive. I’ve not regretted buying it even once and the savings in servicing and fuel costs has been amazing. In winter, it’ll do 240 miles and in summer over 300.

Sign-up to Electric Road now to receive a FREE ‘Hyundai Kona Electric Guide’, a weekly Newsletter and to win some great prizes!

I love this car for it’s looks, performance, gadgets, economy and driving pleasure.

I can honestly say, that there is nothing I don’t like about this car! 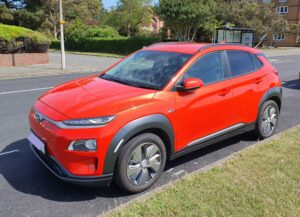 Have you experienced any faults with the car? If so, what have they been?

There has been a well documented fault with the early models. The main traction battery, made by LG Chem, had a potential manufacturing fault, which could cause a fire in the battery pack (a few had occurred in South Korea). Because of this, a few thousand early models worldwide, including mine, were selected to have the traction battery replaced. Mine has been replaced with a brand new battery and is absolutely fine. I now have a brand new battery after 3 years of using the old one, result! I have had no other faults with the car.

What are the standout technological features of your Hyundai Kona Electric?

The standout features that I have found most useful are:

Surprise us! Tell us something people wouldn’t readily know about this electric car

Although looking like a regular sized hatchback, don’t let it fool you. With over 200bhp and instant full torque, it is a big surprise for some of the BMW and Audi drivers when pulling away from the lights; always makes me smile! Another very useful feature is Cross Traffic Collision Warning, for when you’re reversing out of a parking bay but can’t see if there’s a vehicle coming, it’s very sensitive. 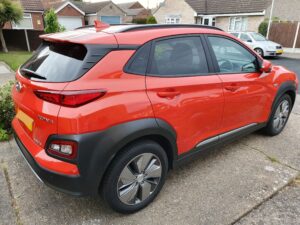 What electric car(s) are you interested in next and why?

There are many new cars available now, compared to when I bought this one and I am particularly attracted to the Hyundai IONIQ 5 and Kia EV6. They both have 800v traction batteries, allowing for much faster charging, otherwise technologically, they are similar to my Kona. However, financially they are a no go for me at the moment and I plan to keep my Kona for many more years.

Outline both positive & negative elements of your home charging unit

I have a Pod Point 7kW home charger, which is located in my garage. It’s great, because I can charge to 100% overnight, instead of spending 50 minutes plus, waiting for a charge to 80% at a public rapid charger. I am shortly having solar panels and batteries installed at home, meaning most of my home charges will be ‘free’ and environmentally friendly. The app connected to my charger gives information on how much energy has been added to the battery and at what cost, so very useful. Other than the tethered charging cable being shorter than I would like when charging outside of the garage, there aren’t really any other negative elements.

Outline both positive & negative elements of your electricity supplier & tariff

I am now with Octopus Energy, having been moved from Avro when they sadly went bust. I am on their standard variable tariff but plan to change to their Octopus Go tariff, once they have fitted a smart meter. Octopus are highly rated for service and ground-breaking tariffs, so I’m glad I was moved to them.

Once on the Go tariff, I’ll be able to capitalise on the 12:30am to 4:30am very cheap rate, by charging the car, running the dishwasher and washing machine and charging the home batteries when there’s not enough daily solar to charge from the panels. Then I’ll use the cheaper rate energy to power the house during the day, when the rate is much higher. I can’t think of any negative points with Octopus so far.

What public charging networks would you recommend to others and why?

I have to recommend Gridserve primarily because of their monumental upgrade schedule of what were Ecotricity public rapid chargers (mainly on the motorway service stations) which were unreliable and outdated. Also because of the nationwide building of multi-charger ‘forecourts’, such as in Braintree, Essex, with plans to build a total of 100 such charging hubs, all, as far as I am aware being carbon offset or carbon neutral.

The only other charging network I use regularly is bp pulse, for which I have a subscription (= lower unit rates). However, these chargers are usually tucked away in pub car parks and are often out of order and seem to take a long time to be repaired. I usually need a plan of 2 or 3 of these in case the first/second is out of order. Popular working single chargers can lead to lengthy queues. The worst thing about public chargers is the lack of universal debit card tap and charge, with many needing either an app or RFID card.

Outline both positive & negative elements of your insurer

My car is insured with LV. I don’t have any strong feelings either for or against them in particular. Every year I look at the alternatives and if I am happy with the renewal quote, then I continue with whoever I’m with. Otherwise, I am happy to switch to a more favourable insurer, comparing quality of cover with price. 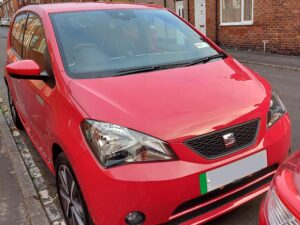 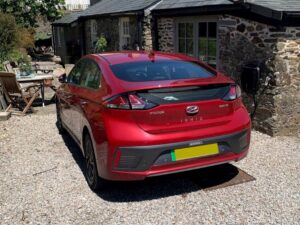 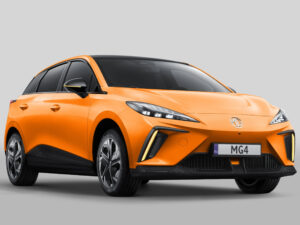 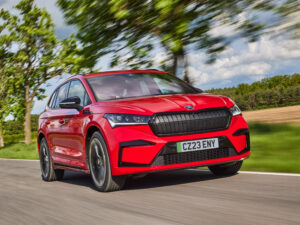