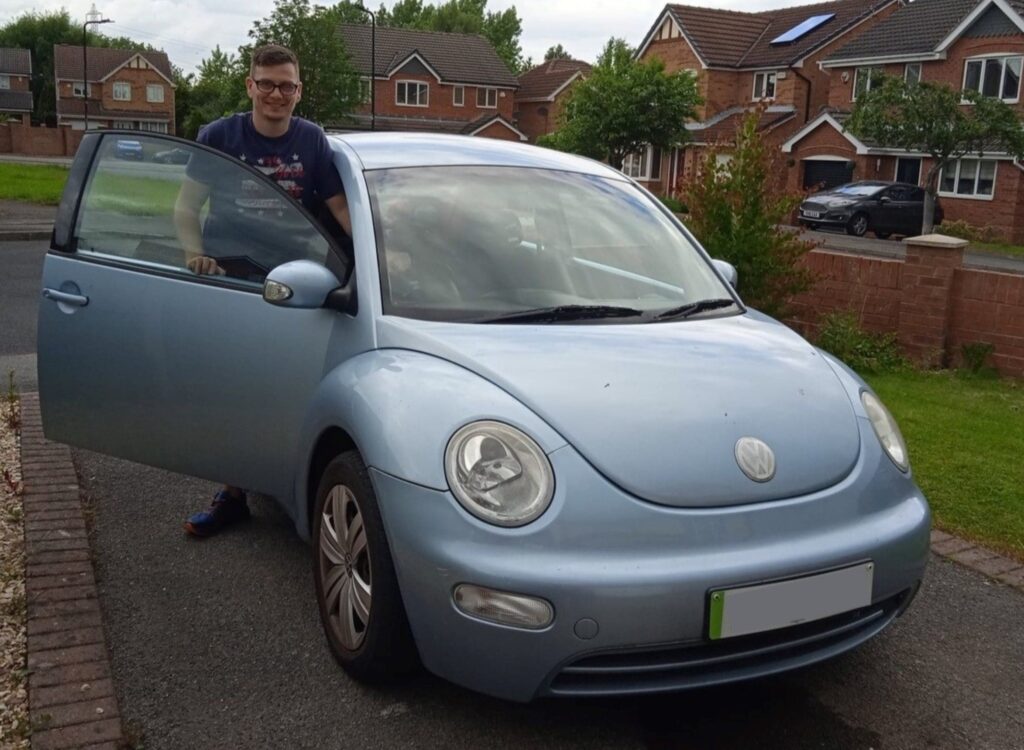 Jamie Jones converted his 2003 Volkswagen Beetle into an electric car.

Jamie bought the Beetle unseen for £300 from Facebook Marketplace at the end of October 2020. It was a MOT failure primarily due to emissions and a binding brake. The mileage when he bought the car was 73,325. Jamie drives approx. 3,000-4,000 miles per year.

Why did you convert your VW Beetle to electric?

I had a few reasons, I wanted an electric car but had stumbled upon Damien Maguire on YouTube and his €1,000 conversion series especially. This led me to the Open Inverter project and a community of DIY converters around the world. I wanted a challenge to see if I could actually do it and do it on a shoe string budget of around £2,000. I’m now driving around in a two grand electric car and very proud of it.

How long has it taken you to complete the conversion?

It depends on the definition of ‘complete’. I’d got the Beetle on the road by the end of August 2021, so a little over 8 months but since then it’s had further work: to make charging just ‘plug in and forget’, adding CHAdeMO rapid charging, redoing battery mountings etc. A project is never really finished, I guess.

Where did you source the required parts from?

Mostly eBay but also from contacts within the EV conversion community. eBay has lots of parts but they’re listed for more than I wanted to pay, so patience and cheeky offers are required. For example, I got hold of a Golf GTE battery pack for £500 delivered. There’s little demand and loads of supply of these type of parts. Prius parts are useful too and there’s loads of them.

Did you require assistance from any specialist company? If so, what for?

I did, for example I needed to make the adaptor plate and coupler to mate the electric motor to the VW gearbox. A local engineering firm made me a CNC machined plate after my attempt wasn’t accurate enough. Others have managed a home made plate but I was offered the engineering services at a price I’m sworn not to share, it was a no brainer really. Most other help and support has come from the community. 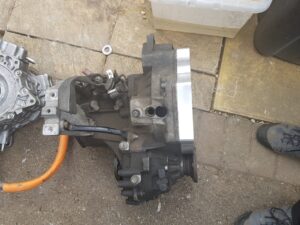 What was the hardest part of the conversion?

Finding the time was a difficult part, though once lockdown hit and we couldn’t leave the house that did free up evenings and weekends to work on the project. I have a technical background but I believe anyone determined enough could be successful. There’s a lot on information out there in the community and various projects to make it easier for non-technical people to be able to convert a car, including the integration with the car systems.

What was your favourite part of the conversion?

This is a tough one, I love driving the Beetle knowing I’ve made it. It does generate a lot of interest, I’m frequently asked about it everywhere from the tip to the supermarket car park. I enjoy talking to people about the car and generating interest in conversions. It’s more environmentally friendly than a new car being made from a MOT failure and salvaged car parts.

Positives – list 3 or more reasons why you love this car? 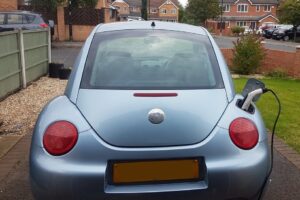 What else would you like to do to the Beetle?

I want to upgrade the motor at some point. It’s perfectly drivable with the current setup and can do up to the national speed limit but I want more oomph! Hopefully, I’ll be following Tom down the Outlander rear motor route if that proves to be a good upgrade. This would also remove the oil cooling pump and associated noise. I’m currently working on adding a second GTE pack to double up my range and also changing the steering rack to an electric one from a later model Beetle. I’ve also got a couple of rust areas bubbling to address on the body work. CHAdeMO also needs further integration, currently it requires my laptop to be plugged in.

Now your Beetle is electric, will it change how you use it?

I’d never driven the Beetle in petrol form, the previous owner drove it to my house when I bought it. I started to remove the engine almost right away.

What is the average mileage range you achieve from your electric car when fully charged?

How do you charge the car?

Mostly just plug in at home when it’s sunny for the solar panels to do their thing. Occasionally I use the Pod Point chargers at Tesco or a granny charger when visiting people. I’ve recently been working on CHAdeMO so have done a bit of charging on a bp pulse CHAdeMO unit. What conversion are you interested in next and why?

I want to do an estate that’s pre 2001 with > 100 miles range, then I can get rid of the diesel I use for the weekends away with the kids, wife and dogs. The Beetle is a little cramped. 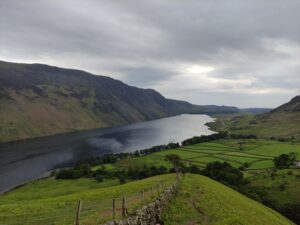 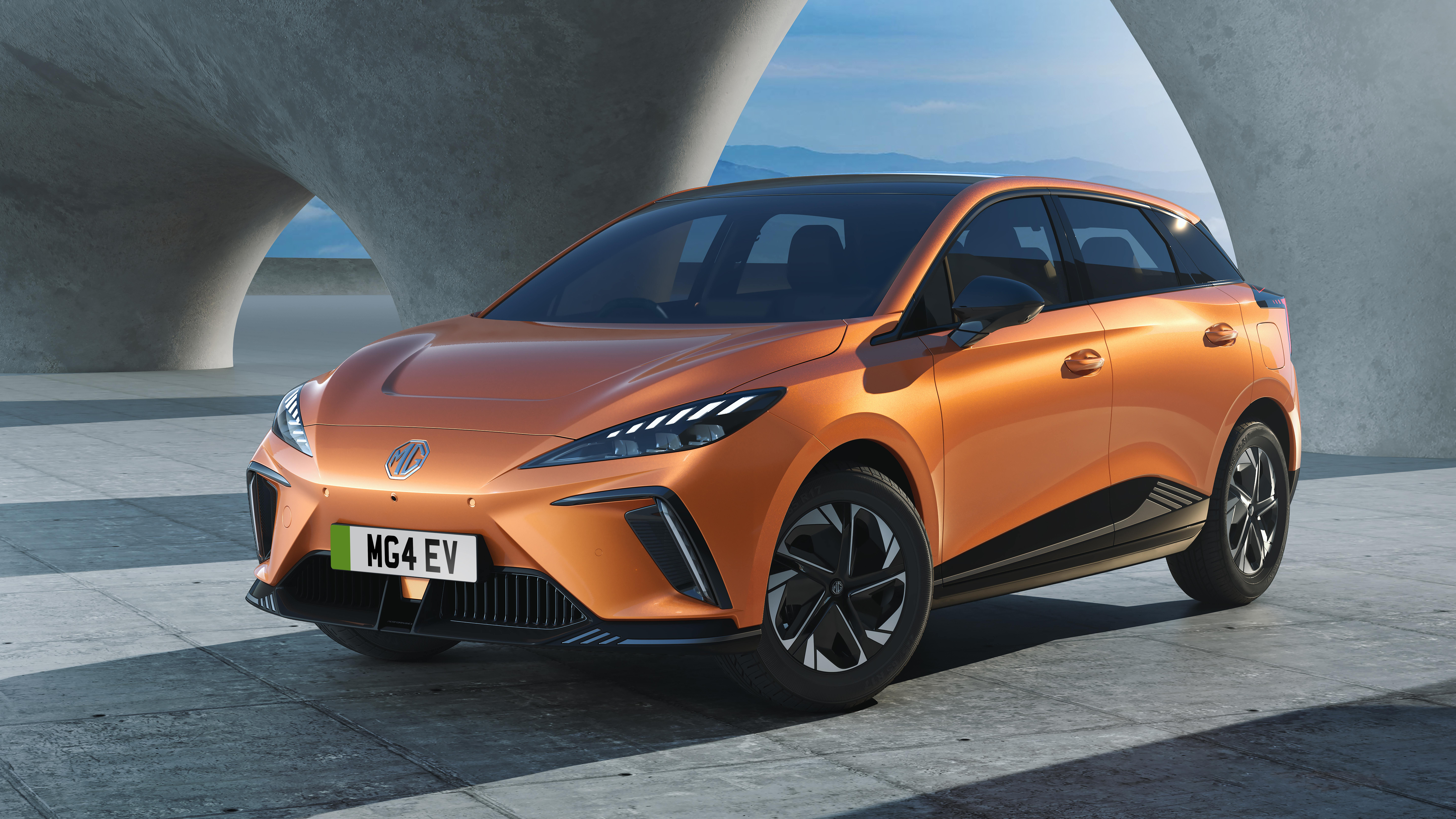 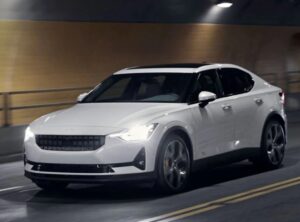 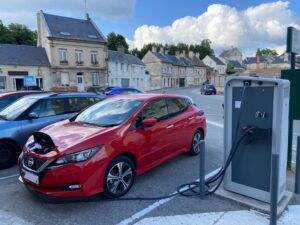