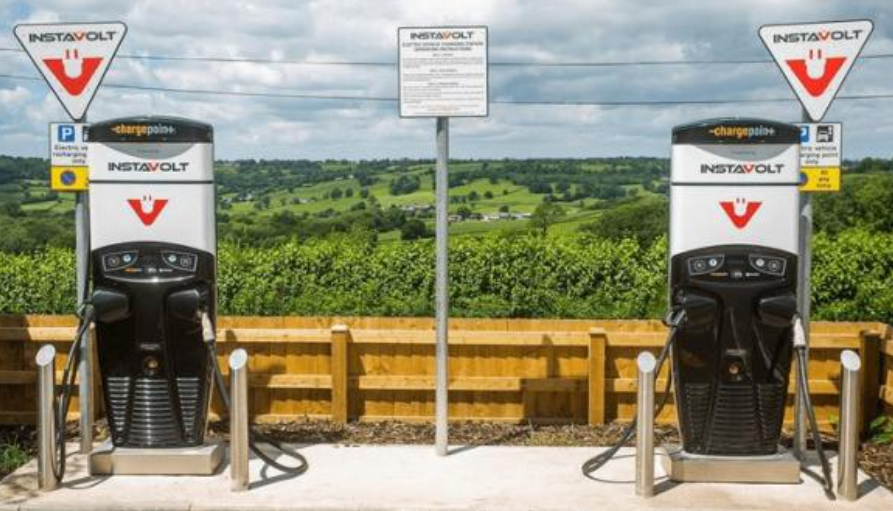 Zap-Map, the UK’s leading app and digital platform for electric vehicle drivers to search, plan and pay for charging, has published a report based on its latest EV Charging Survey, offering a deep dive into understanding the shape and usage of Britain’s EV charging network.

The survey provides direct insight into the experience and behaviour of a unique sample of EV drivers, and how this behaviour has changed over time. Indeed, based on the responses of more than 3,000 EV drivers across the UK, the survey has uncovered new trends in charging behaviour, most notably in the area of high-powered, ‘en route’ charging and the increasing popularity of charging hubs.

With the vast majority of EV drivers (93%) continuing to use the UK’s public charging networks, and 40% using public chargers at least once a week, the survey found a significant increase in both the installation and usage of high-powered – also known as ultra-rapid, charging devices across the country in 2021.

While rapid chargers (25kW – 99kW) are still used by the most EV drivers overall, the survey found that the usage of ultra-rapid chargers jumped to 27% of EV drivers, up from just 16% in the previous survey. 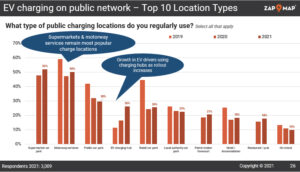 In part, this increase in usage is being driven by the growing number of ultra-rapid chargers that are now available to use, with the number of ultra-rapid devices available growing by 60% in 2021. However, it also provides a clear indication that the new ultra-rapids are fulfilling demand from EV drivers travelling longer distances, with most new EVs now able to charge at the higher speed.

Ultra-rapid devices are 100kW+ chargers, and are prime examples of ‘en route’ charging, when drivers want to charge their EV as quickly as possible. For this reason, and because drivers want to be confident that such devices will be available to use upon arrival, another trend the survey highlights is the growth in popularity of EV charging ‘hubs​’. 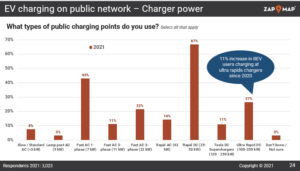 Typically groups of between four and ten charging devices, these hubs predominantly sport rapid or ultra-rapid devices that, generally speaking, enable drivers to add between 70 and 200 miles of charge in around 30 minutes.

As a result, the survey also found that networks installing these charging hubs saw particularly high increases in demand from EV drivers. InstaVolt, for example, leapt up to 42% of EV drivers, from 26% previously. GRIDSERVE Electric Highway too, at 29%, proved popular for its first year, while high-powered networks​ IONITY and Osprey also saw remarkable increases in the proportion of EV drivers using their chargers.

While charging hubs demonstrated the most growth in terms of usage, supermarkets and motorway service areas retained the top two positions, with 52% and 50% of respondents respectively saying they regularly used these types of location.

Indeed, supermarkets have seen a significant increase in charge points being installed, and charge points at motorway service areas have seen charging facilities being upgraded over the last year by GRIDSERVE. In addition, both retail and public car parks remain popular locations for charging, although usage has dipped in the last year. 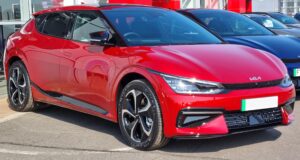 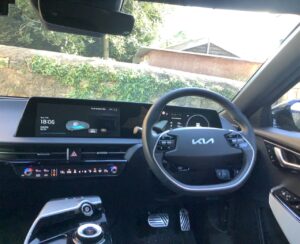 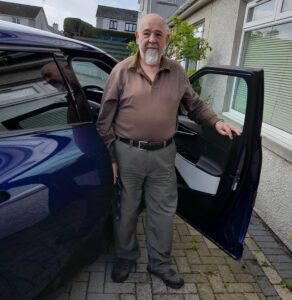 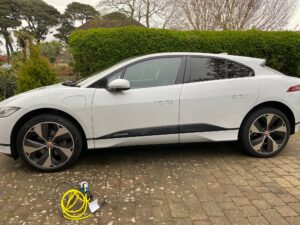