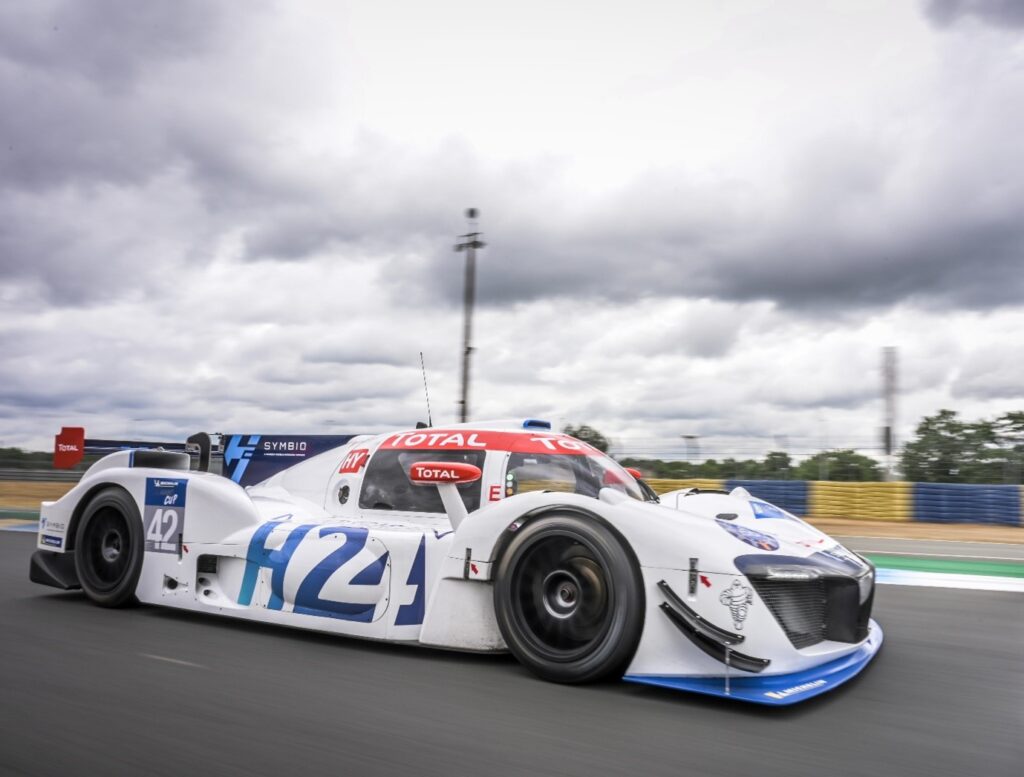 MissionH24’s ground-breaking hydrogen-powered endurance race car, LMPH2G, will make its UK debut at this year’s Goodwood Festival of Speed. The racer will take on the world-famous hillclimb and it will be showcased on the Michelin Supercar Paddock stage every day of the four-day event.

The H24 has its sights set on the world’s premier endurance racing competitions, including the 24 Hours of Le Mans. Its four-stack hydrogen fuel cell powers four electric motors, creating a combined output of 653hp. This power, coupled with the car’s lightweight chassis and aerodynamic features, give it a top speed in excess of 185mph (300 km/h), while allowing it to maintain the durability and handling performance expected of a high-level endurance racing vehicle.

Alongside the GreenGT H24, Michelin will be unveiling its revolutionary race tyre made up of 46 per cent sustainable raw materials, including recycled carbon black from end-of-life tyres, orange and lemon peel, sunflower oil, pine resin and recycled steel from packaging.

Michelin has pledged to make all its tyres with 100 per cent sustainable materials by 2050 and by 2030, 40 percent of all materials used in tyres across the group will be sustainable. Now Michelin will use endurance racing as a laboratory to accelerate the development of sustainable, high-performance tyres. 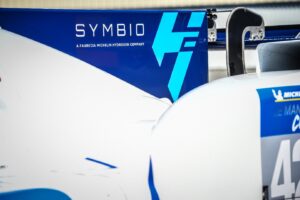 Peyman Sabet, vice president of business development at Michelin Europe North, said: “The partnership with GreenGT H24 highlights Michelin’s drive to innovation and it is the perfect vehicle to feature Michelin’s 46 per cent sustainable tyres. Both pioneering developments honour the company’s commitment to sustainability, without compromising on performance. We are delighted to bring MissionH24 to the Goodwood Festival of Speed and really excited that fans will be able to watch it take on the hill.”

In combination with batteries, hydrogen fuel cells will be used to increase range and enable the development of green long-distance and urban travel. Symbio has targeted production of 200,000 fuel cells a year by 2030.

In 2018, Le Mans organiser Automobile Club de l’Ouest and electric-hydrogen specialist GreenGT announced that they would launch a hydrogen class of vehicles in 2024; an initiative collectively known as MissionH24.